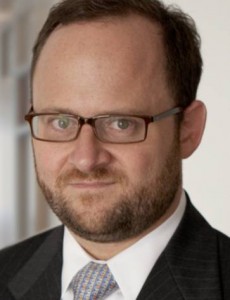 Mr. Greenblatt was born and raised in Denver, Colorado, and graduated from the University of Colorado at Boulder with a B.A. in Political Science.  He has lived and worked in New York State since 1996.  In 1999, Mr. Greenblatt graduated cum laude from Cornell Law School, where he was an editor of the Cornell Law Review, a successful moot court competitor and coach, and a research assistant to Professor Robert S. Summers, the co-author of the influential, multi-volume treatise, “The Uniform Commercial Code.”  After law school, Mr. Greenblatt moved to New York City and began his litigation practice with the law firm of Debevoise & Plimpton LLP.  In 2010, seeking a more family-friendly environment in which to live, Mr. Greenblatt returned upstate.  He opened his own law practice the following year.  He and his family presently live, work, and play in and around Saratoga Springs.

In over twenty years of practice, Mr. Greenblatt has handled a wide variety of matters, including those concerning residential and commercial leasing (transactions as well as litigation), products liability and personal injury, debt collection and bankruptcy litigation, securities fraud, criminal sentencing, mergers and acquisitions, breaches of contract, commercial finance, and mortgage and tax lien foreclosures, among others.  He has extensive trial and motion practice experience in both the federal and state courts of New York, as well as substantial experience representing clients in arbitrations, mediations, and other forms of alternative dispute resolution.